May She rest in peace 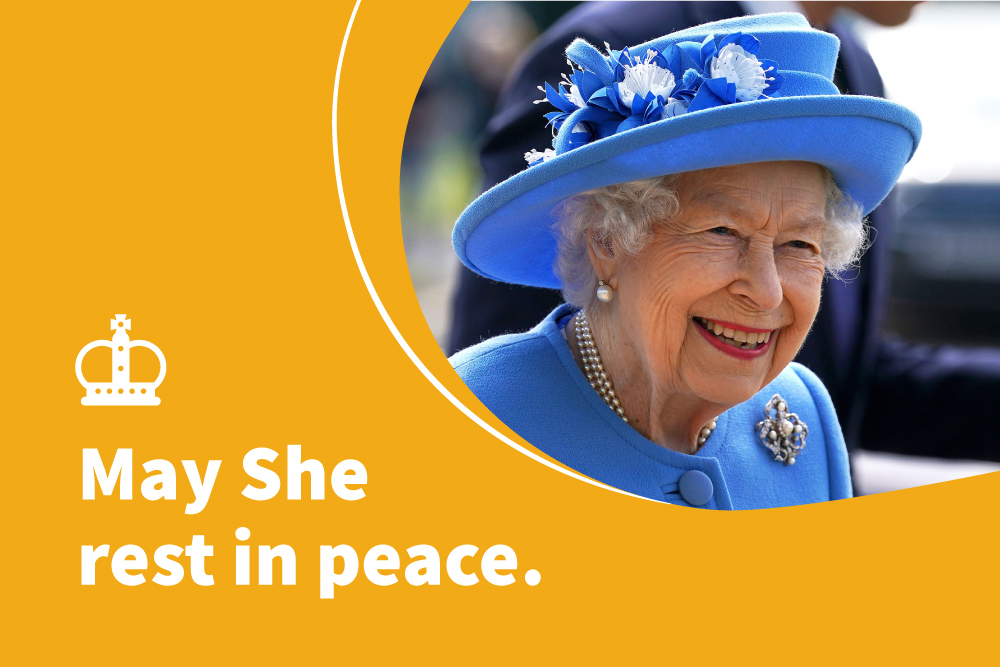 Although there was some concern about the Queen’s health over the past year, yesterday’s sad news still came as a huge shock. Only two days previously, Queen Elizabeth II had formally appointed the UK’s new Prime Minister (her 15th). The official photograph showed her looking frail but her eyes were bright and she was smiling broadly.

75 years ago, on her 21st birthday and 4 years before she would become Queen, she made a public promise to serve the United Kingdom and the Commonwealth - a promise she kept for the rest of her life.

She ascended the throne in 1952 - a different era when Europe was still coming to terms with the Second World War. She provided a sense of stability and continuity for the country throughout the huge changes that have taken place over the past 70 years. In the UK’s constitutional monarchy, she had no power but she had influence. She met the Prime Minister once a week in complete privacy and used her intelligence and wisdom to counsel them.

To most British people, she is synonymous with the country and she is deeply woven into the fabric of daily life: her familiar image appears on stamps, banknotes and coins; her Royal Crest adorns flags flown across the country and is found on every post box. The British National Anthem has changed overnight as the first line asks God to save the monarch. When the new British Prime Minister ended her address yesterday evening with God Save the King, it sounded very strange indeed.

May She rest in peace

Successful Publishing: A guide to scientific journal editing and publishing.